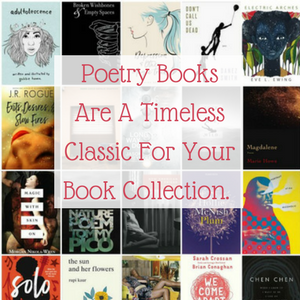 The deepest grief about the Immigrants life!

Immigrants are the people who migrate from one part of the world/country to the other part in search of a good life, money, and peace. The Immigrant experience is so bad. Although, for some people who are well privileged it might be enjoyable and a great experience to change the country, to meet new people or to experience a change in their education or the work. These people are educated people and they should already have the privilege of living a comfortable life. It is not tough for someone who has all the necessities and luxuries to change a country.

Obviously, they might face some cultural clashes and emotional disabilities. But they are privileged at least. First, talking about the well to do migrants. These people migrate because of the need to earn more in a developed country or to study. These people obviously face racist remarks on them. They are tired of hearing all the racists remarks which makes them consider moving back to their home country. But, not everyone in the richer country is a racist. There are good and kind-hearted people too.

Now coming to the people who are actually immigrants. These people are the ones who cross borders to save their lives and their family’s life. They migrate to a different country leaving behind all their properties and kith and kin because of war. The best example I could give you in the Immigrants from Sri Lanka. There has been a cold war in the country between the government and the Tamil people. The government won in this war. They started bombing places where the Tamils lived. They killed so many people. So these people had to flee from their own country leaving all the things and all their loved ones. They need to save the lives of the rest of their family. So they ran away from their country. Now, they are spread across the world. Mostly, in India, Canada and America. Because they were brown and had nothing. They were treated as slaves. Mostly, we all know that Africans were slaves for so many years. They were ruled by the white people. Only because their skin tone has less melanin the white people considered themselves superior among all the races in the world and they established power over all the countries. Mostly, Africans were treated like animals. They were let to starve to death and they were beaten up and tortured a lot. The experience of immigrants is highly unacceptable and saddening. We should be happy that we are in our own country in a comfortable and cozy home. Immigrants have lost everything right from their belongings to their hope. Slaved immigrants just live for the sake of having a life. They just are alive. They have been tortured beyond words could articulate.

Immigrant experience has come out to the world in many forms of art. There have been poems that have been written on the experience of the immigrants. There is also many theatres plays that cast a light on the cruelty that has been done to black people just because they are immigrants and black. The world needs to change. We need to change!